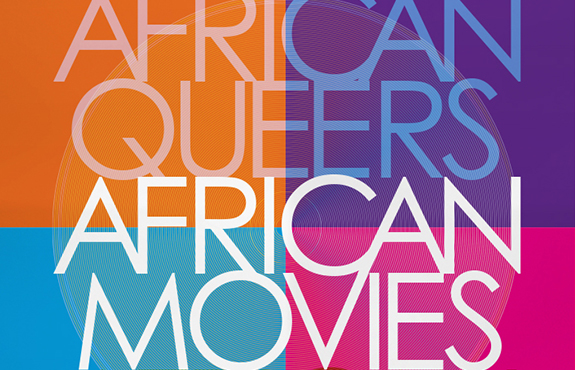 Abdellah is a young gay man navigating through the sexual, racial and political climate of Morocco. Growing up in a large family in a working-class neighborhood, Abdellah is caught between a distant father, an authoritarian mother, an older brother whom he adores and a handful of predatory older men, in a society that denies his homosexuality.  As a college student, Abdellah moves to Geneva and while faced with the new possibilities of freedom, he grapples with the loss of his homeland.  SALVATION ARMY, the directorial debut for Abdellah Taïa – an acclaimed Moroccan and Arab writer – is adapted from his novel of the same name. Taïa is the first writer of his descent to speak out openly about his homosexuality.

ABDELLAH TAIA, born in 1973 in Rabat, lives since 1999 in Paris. With his widely acclaimed novels Une mélancolie arabe (2008), L’armée du salut (2006) and its public avowal to his homosexuality, he broke a taboo in the Arab world. SALVATION ARMY, the directorial debut of Abdellah Taïa, is an adaptation of his eponymous novel.

Across the city of Cape Town, a sex-line operator, a dog handler and a computer technician begin to suspect that their romantic relationships are the subject of a bizarre conspiracy, involving their family, friends, and possibly even greater forces. LOVE THE ONE YOU LOVE´s parallel stories question the ideals we hold too sacred: love, happiness, and the New South Africa; the pursuit of which makes truth impossible.

JENNA CATO BASS (*1986) is director, scriptwriter and photographer, she lives and works in Cape Town, South Africa. In 2007 she graduated from the AFDA film school in Cape Town. She has directed more than 10 short films and several music videos.

WHILE YOU WEREN´T LOOKING is an original story, set in Cape Town. The protagonists are gay and lesbian, from all walks of life, whose intertwining tales present a humourous, inventive and dramatic take on contemporary life in South Africa. It is through the eyes and experiences of a cross-section of queers – black, white and coloured, cruisy singles, married couples with children, city and township dwellers, apartheid survivors and born frees, professionals and skollies – that we see the South African contemporary landscape unfold.

CATHERINE STEWART lives in Johannesburg and works as a freelance director, screenwriter and script editor. She graduated from Stanford University in 1988 with an Honours Degree in Literature and Film. She received a Master’s degree in Screenwriting and Directing from Columbia University in 1994. She has written and directed television drama series, mini series and short films for over 25 years.

WHILE YOU WEREN´T LOOKING is her first feature film.

During a beach excursion, Nfissa, a young mother, is lynched to death by a group of young men, while swimming offshore. Nobody seems to witness her disappearing. Anxiety and fear grow among the family, especially as, on the same beach, bathers suddenly die.

Sonia comes from the working class in Rabat (Morocco). She’s studiously following her 4th year of medical school. She’s preparing to marry Hicham, a doctor. He’s always been her confident, her childhood friend. Little by little, it becomes clear that Sonia and Hicham aren’t a regular couple. By this union, they both protect themselves from heavy secrets. Serious consequences could occur if their families and society came to learn the truth.

AIDA SENNA works as a director, screenwriter, producer and photographer. In 2016 her first short film AMAL was nominated at the 38th Festival International du Court Métrange in Clermont Ferrand. Senna lives and works in France and Morocco.

With AFRICA RISING, the Festival AFRIKAMERA presents a selection of outstanding acutal short movies, inlcuding MOSONNGOA – THE MOCKED ONE. In an epic and ancestral dimension, the film tells the story of a heroine, a young girl from Lesotho, who tries to save her father’s farm. When all her attempts fail, she will show great courage and skill with a last astute stratagem.

LEMOHANG JEREMIAH MOSESE lives and works in Berlin and Lesotho. He works as a scriptwriter, director and cinematographer. Some of his films have already been shown at prestigious international film festivals such as the Festival du Court Métrange de Clermont Ferrand, the Raindance International Film Festival or the Festival del Cinema Africano, d’Asia e America Latina. Lemohang has been Alumni of the Berlinale Talent Campus in 2012.

In 2014, the Ugandan tabloid Red Pepper published the personal information of 200 LGBT people in Uganda. Cleopatra Kambugu’s name appeared on that list. This tender film tells the story of Cleo’s subsequent decision to leave Uganda with her husband, Nelson Kasaija, to undergo gender-reassignment surgery in Thailand. Rather than methodically elaborate the context of Cleo’s decision, or the basis of Uganda’s virulent anti-LGBT politics, Swedish director von Wallström quietly observes the couple as they head off, by rail and air, to a new life. His camera records the obvious intimacy that bonds Cleo and Nelson, revelling both in Cleo’s loquaciousness and Nelson’s steadfast, if largely silent presence. This is a quiet and expansive portrait of two remarkable people.

Afterwards talk with Cleopatra Kambugu, main protagonist of the movie and political activist.

JONNY VON WALLSTRÖM, born 1982, is a Swedish photographer and director. He studied in several subjects, but sees himself as an autodidactic artist. His film Zero Silence was in the selection of the Sheffield Doc / Fest festival in 2011.

In Uganda, a new bill threatens to make homosexuality punishable by death. With unprecedented access, the filmmakers follow David Kato – Uganda’s first openly gay man – and his fellow activists as they work against the clock to defeat the legislation while combatting vicious persecution in their daily lives. But no one, not even the filmmakers are prepared for the brutal murder that shakes their movement to the its core and sends shock waves around the world. CALL ME KUCHU depicts the last year in the life of a courageous, quick-witted and steadfast man whose wisdom and achievements were not fully recognized

MALIKA ZOUHALI-WORRALL (*1984) is an award-winning filmmaker of British/Moroccan origin. In 2012, Filmmaker Magazine named Malika one of 25 New Faces of Independent Film. She is a graduate of Cambridge University, and holds an M.A. in International Affairs from the Paris Institute of Political Studies (Sciences Po), where she studied with a full scholarship from the Entente Cordiale Scheme.

KATHERINE FAIRFAX WRIGHT (*1983) graduated from Columbia University with a double major in Film Studies and Anthropology. She produced Gabi on the roof in July (2010), associate-produced the award-winning documentary Lumo, and has worked in a producing role on several other films. She is also an award-winning photographer. In 2012, Filmmaker Magazine named Katherine one of the 25 New Faces of Independent Film.

The program OUT IN AFRICA is a compilation of outstanding LGBTQ short films of recent years – including RELUCTANTLY QUEER of Akuosa Adoma Owusu, in which a young Ghanaian deals with the question of what it means to be queer here and now, as well as the Rwandan contribution SHE by Ndimbira Claudine Shenge about the coming out of young Laura. The filmmaker will be present at the screening.

NDIMBIRA CLAUDINE SHENGE lives and works in Rwanda. After studying history, economics and geography, she took several courses at Kwetu Film Institute in Kigali, Rwanda. Since 2014 she has been studying at Maisha Screenwriting Lab.