The drama, celebrated at the Locarno Film Festival, tells the story of two brothers’ arguments about the imminent wedding of their children. While young Nafi and her cousin Tokala wish to marry and make plans for the future of moving to Dakar, their father, a local religious leader, strongly opposes them because his brother Ousmane is a follower of a fundamentalist Islamic sect. The main actor of the film Alassane Sy is present for the German premiere.

MAMADOU DIA, born in Senegal, studied art at the Tisch School of Arts at New York University. His short film SAMEDI CINEMA came 2016 in the official selection of the film festivals of Venice and Toronto. BAAMUN NAFI was awarded the Golden Leopard at the Locarno Film Festival in 2019.

ALASSANE SY is a Mauritanian actor and director. After spending time in Paris and New York, where he began a successful modeling career, he met photographer and director Andrew Dosunmu, who cast him in 2011 as the lead role in his feature film RESTLESS CITY. It was followed by MEDITERRANEA – REFUGEES WELCOME? (Director: Jonas Carpignano), who was nominated for the Critics Choice Awards in Cannes. With his first directorial work MARABOUT, he visited AFRIKAMERA in 2017.

LÚCIA NO CÉU COM SEMÁFOROS (Angola 2019) by Ery Claver & Gretel Marín accompanies the eruption of a young woman from the constraints of a society characterized by sexism and non-freedom through the medium of film. Director Ery Claver is present at the screening.

The short film ARRIAGA (Portugal 2018) by Guinea-Bissau-born director Welket Bungué plays in the Africa-esolating Diaspora on the outskirts of Lisbon. 25-year-old Arriaga, a middle-class child of African middle-class immigrants, seeks to create respect in his neighborhood through self-destructive behavior. Emulating idols like Tupac Shakur, he risks his life …

IN KINO – UMA EXPERIÊNCIA EM PEMBA (Mozambique 2018) is an experimental dance film by Mozambican photographer and video artist Ivan Barros, filmed in the streets of Maputo.

The multi-award-winning animated film VIAGEM A CABO VERDE (Portugal 2010) by José Miguel Ribeiro tells the story of a sixty-day journey to the Cape Verde Islands – an encounter with the inhabitants of the islands and their own selves. 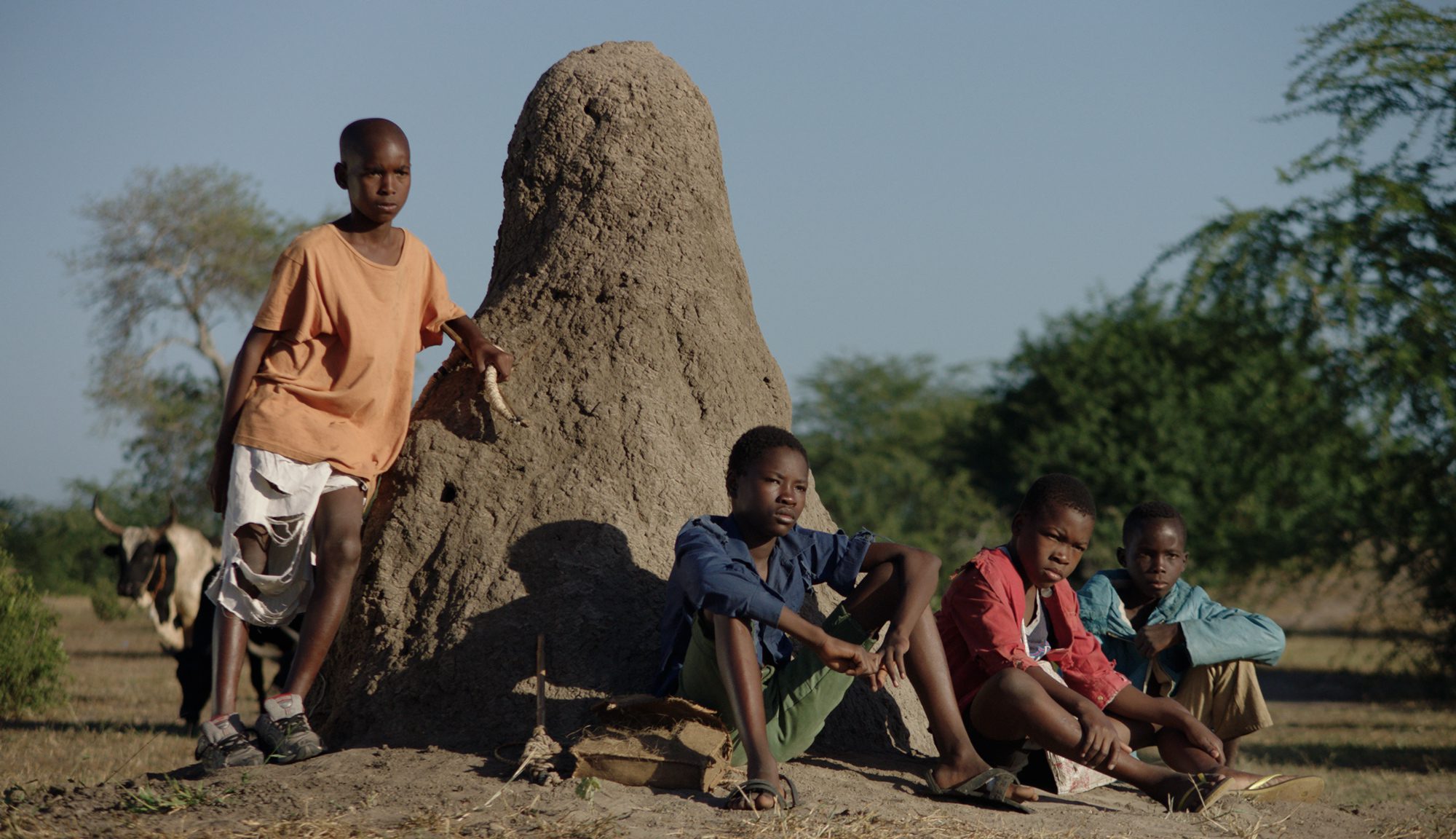 Based on the short story EM QUE EXPLODIU MABATA BATA by Mia Couto, MABATA BATA tells the story of the little shepherd boy Azarias, who would rather go to school with his buddy José than to look after the cows of his uncle Raúl. Above all, he should take care of the ox Mabata-Bata, as this is intended as a traditional dowry for the wedding of his uncle. But the fields around the herd are full of land mines: When Mabata-Bata dies in an explosion, Azarias also disappears and dies. A few years after his death, the residents gather for a ceremony to find out if his wandering spirit in the village will bless the uncle’s upcoming wedding. But instead the question arises as to why the boy had to die at all …

SOL DE CARVALHO, born in 1953 in Beira (Mozambique), studied film in Lisbon and worked as a journalist, editor and photographer. Already a political student during his studies in Portugal, he joined FRELIMO after his return to Mozambique and was appointed director of Serviço Nacional da Rádio Moçambique. He has made numerous documentary and television films (including A JANELA, O BÚZIO, AS TEIAS DA ARANHA) and since 2007 also feature films. Together with Pedro Pimenta and Licínio Azevedo he is a founding member of the production company Ébano. 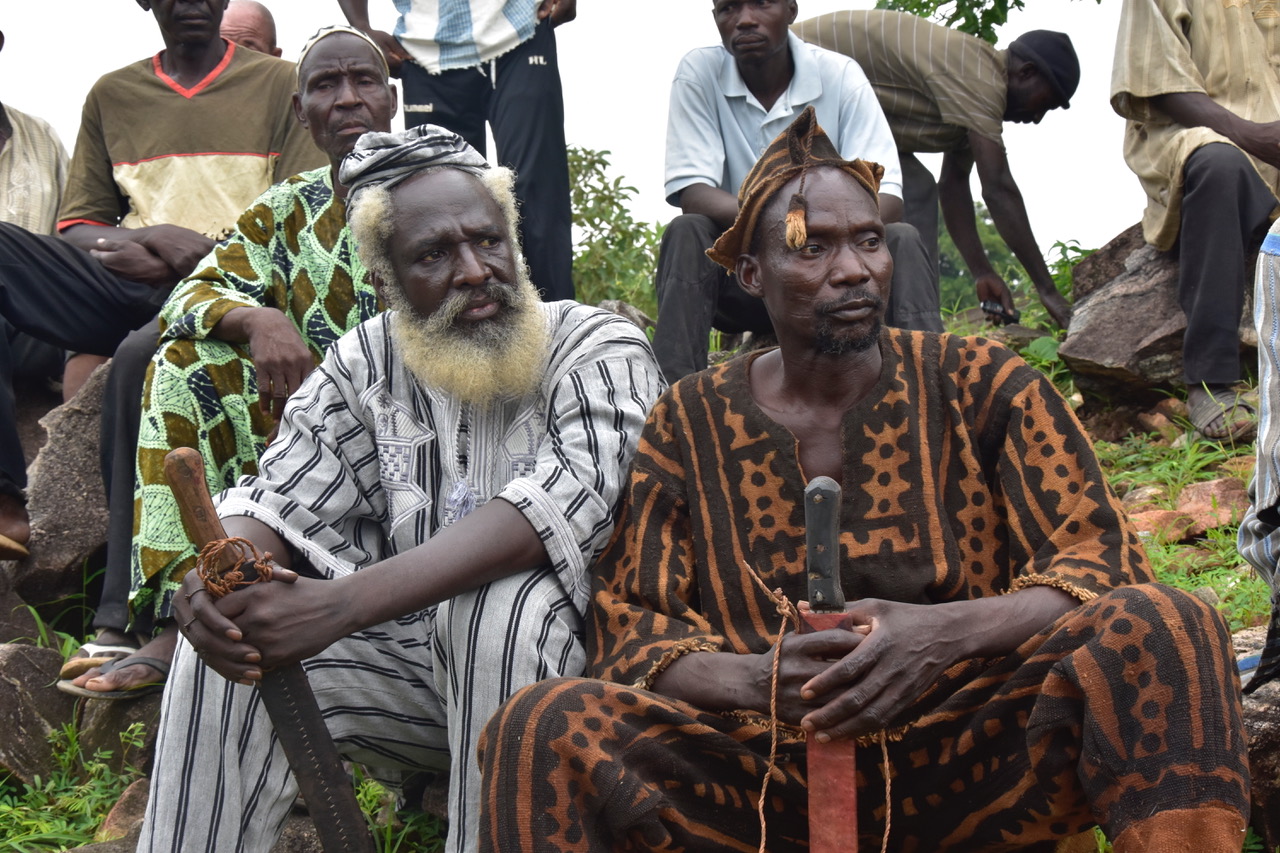 When Rasmané learns of the sudden death of his friend Pierre, he rushes to his house to assist the widow with her toddler. Pierre, who was not baptized, had no Muslim name and belonged to no religious community in the country, is to be buried in his home village. But Rasmané has taken the bill without the traditional village elders who are strictly against paying tribute to the unbelieving dead in the village. For Rasmané, an odyssey across Burkina Faso begins …

The sociocritical film satire won two prizes at the FESPACO Film Festival in 2019 in Ouagadougou.

ABDOULAYE DAO studied film in Paris, Cairo and Dakar and worked for state television in Burkina Faso for about ten years. His 2006 TV series QUAND LES ÉLÉPHANTS SE BATTENT won at the 2007 FESPACO. His feature film UNE FEMME PAS COMME LES AUTRES ran in 2009 in the program of AFRIKAMERA.

HERVÉ ERIC LENGANI, born in 1975 in Bobo-Dioulasso (Burkina Faso) first appeared as a performer in front of the camera, before he took over various functions in the realization of films. He worked together with well-known directors such as Dani Kouyaté, Valérie Kabore and Guy-Désiré Yameogo.

Lisbon, mid-1960s, during the dictatorship of Salazar. João Frag, nicknamed Joãozinho, son of a wealthy Luanda banker and notorious philanderer, enjoys his student life in Portugal to the fullest. At the same time he maintains contacts with Angolan freedom fighters and escapes the persecution only because of his affair with the daughter of a minister. When this relationship ends, João is deported from the country. But back in Angola he does not give up: Through a clever fraud (on Bantu: “Kilapy”) he manages to use funds of the colonial rulers for his purposes – and becomes a folk hero.

With O GRANDE KILAPY, Gamboa has created a portrait of the feverish final phase of Portuguese rule in Angola, as if it were a black-humored and convincing one, accompanied by a great soundtrack with music from Luanda’s clubs of the 1960s.

BEST OF AFRICAN SHORTS
SHORT FILM PROGRAM
DR CONGO, TUNISIA, RUANDA 2018-19 I DIGITAL FILE I OME I 60 MIN
IN THE PRESENCE OF BALOJI (Director ZOMBIES) & PHILBERT AIMÉ (Director I GOT MY THINGS AND LEFT)

The program BEST OF AFRICAN SHORTS shows a selection of new, outstanding short films from the African continent.

ZOMBIES (DR Congo / Belgium 2019) is a multi-award-winning musical thriller by the Belgian-Congolese rapper and filmmaker Baloji on Kinshasa’s ecstatic urban culture and on the digital zombification of the Congolese metropolis that goes along with social media. Director Baloji is present for the screening.

In I GOT MY THINGS AND LEFT (Rwanda / Switzerland 2018) by Philbert Aimé and Mbabazi Sharangabo, a group of young people gather in their deceased friend’s house to reflect on their nonconformist life and their own existence. Inspired by the poetics of the Zimbabwean poet Dambudzo Marechera, the mourning process triggers self-reflection and transformation. Philbert Aimé will be on location to present the film.

In the comedy LES PASTÈQUES DU CHEIKH (Tunisia / France 2018) by Kaouther Ben Hania, an act of piety of a respectable imam in Tunisia becomes fatal due to the idiocy of two street boys.

After four years in the jail of Maputo, Bruno relies on a new beginning. With the help of his friends he finds work in a junkyard and seems to be getting his life back under control. But then a mysterious loan from his deceased mother appears and Bruno gets in touch with his old gang again. As the spiral of violence begins, Bruno decides on a plan with which he puts everything on a map.

MICKEY FONSECA, born in 1976, is a director and co-founder of the production company Mahla Filmes in Maputo. He was awarded with numerous prizes for his short film Dina (2010). Financed with the help of a crowdfunding campaign, RESGATE is his feature film debut. 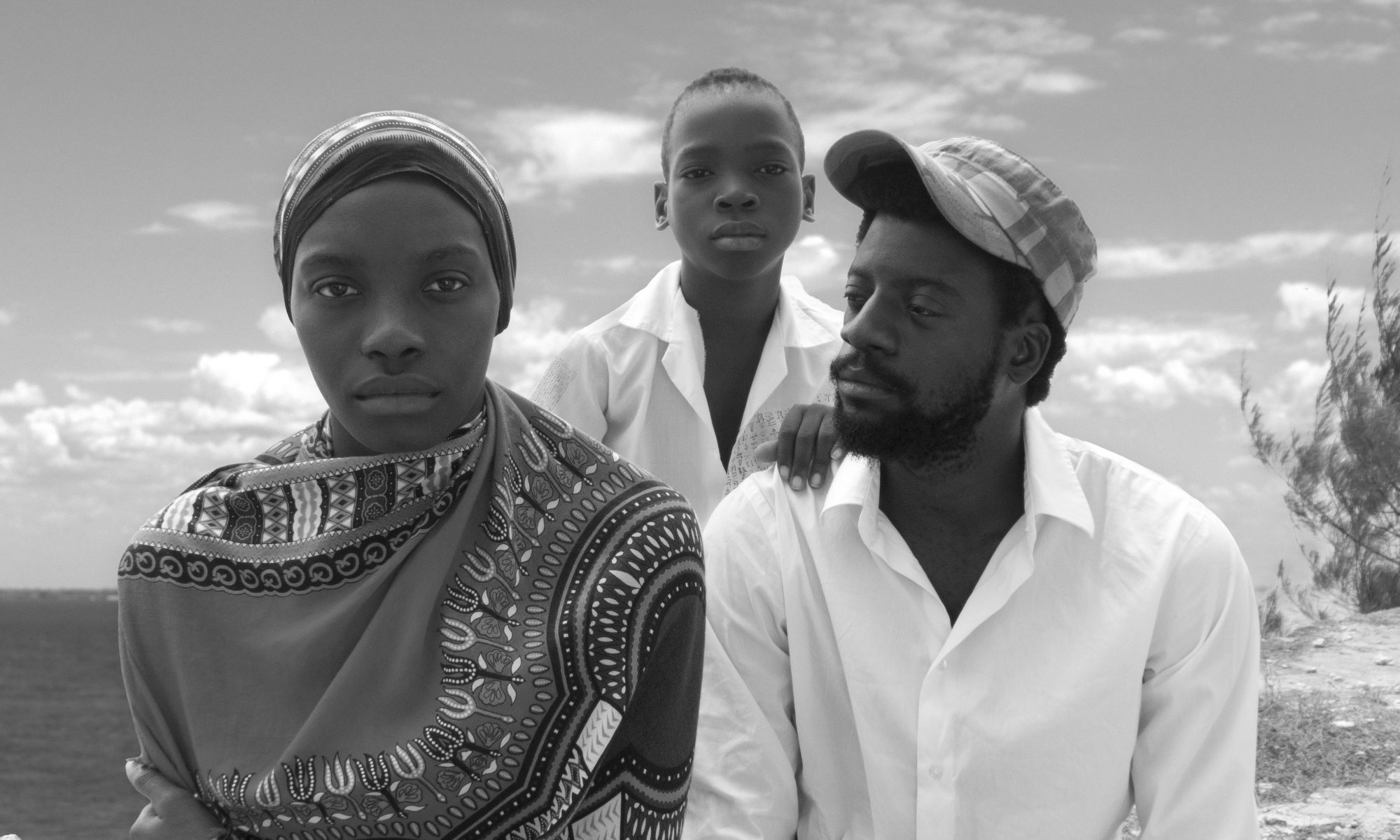 The central location of OUR MADNESS is a psychiatric clinic in Maputo. From here, the patient, Ernania, sets out to rejoin her son and husband. Shot in black and white, Viana has created an intoxicating cinematic reflection on the nature of the delusion, the mysticism and impact of colonial history in modern-day Mozambique, which lingers on for a long time.

JOÃO VIANA was born in 1966 in Huambo (Angola). After studying law at the University of Coimbra (Portugal), he studied film in Porto from 1988 to 1994. Since then he has worked as a director, screenwriter, producer and sound engineer with renowned filmmakers such as Werner Schroeter, Manoel de Oliveira, José Alvaro, Rob Rombout and Filipe Rocha. OUR MADNESS, his second feature-length film, was presented among others in 2018 in the section Forum of the International Film Festival Berlinale and was celebrated by critics. Viana currently holds a scholarship in the field of film at the DAAD Berlin Artists’ Program. 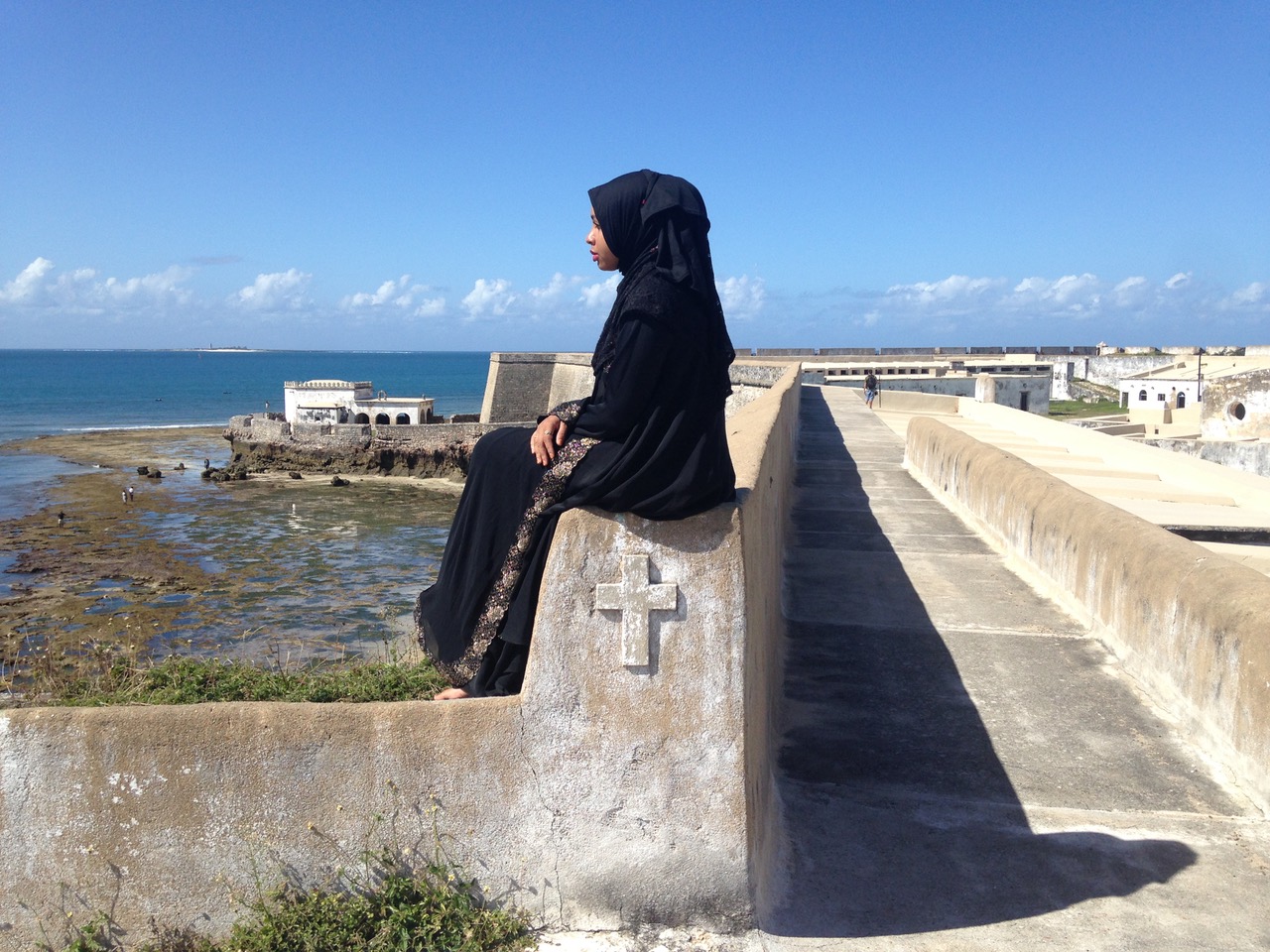 On the historically multicultural Ilha de Moçambique, deep-rooted traditions of the country long existed in peaceful coexistence with religions such as Christianity and a moderate Islam. But religious intolerance and fundamentalism are increasingly endangering living together.

Director Yara Costa illustrates this with the example of the young Muslim Karen, who, although growing up in the tradition of moderate Macua Islam, has become an apologist for the pure teaching of Wahhabi Islam. Costa’s impressive documentation provides intimate insights into the life of the protagonist, which is characterized by doubts and contradictions regarding her identity.

The Mozambican filmmaker YARA COSTA worked as a journalist in Brazil, among other places, before receiving a scholarship for the New York University’s News & Graduate Program in 2009. In 2011 she made her debut WHY ARE THEY HERE? CHINESE STORIES IN AFRICA, followed by THE CROSSING, a short film about the tensions between the islands of Haiti and the Dominican Republic. BETWEEN GOD AND I is her third movie.

The association Weltfilme e.V. initiates and promotes film projects in partner countries of development cooperation. With his work, Weltfilme e.V. promotes the dialogue between North and South and since 2002 has also been supporting the work of local African filmmakers.

Three medium-length West African productions will be presented in the program Weltfilme SPECIAL: ON THE MOVE / ALL ON BOARD.

In DANSA (Sierra Leone 2017), by Mohamed Janneh & Nana Osei Kyei Mensah, the young Morris tries against all odds to live his dream of a professional dance career.

UP IN ALMS (Ghana 2018), by Godstime Mensah-Nab (Ghana) and Aminata Bockarie (Sierra Leone), tells the story of 23-year-old Rahel, who has to take care of her two children and her physically handicapped mother in the most adverse circumstances – and yet not gives up on dreaming of a better future.

In Gloria Eva Adotevi’s XOÉSE (Ghana 2018), the eponymous heroine is released from prison. She is full of hope, but her family and environment met with rejection. Will she still be able to find her way back into society?